The mofo guide to Bordeaux – part 1

By David Brookes
about 1 year ago
7 min read

Bordeaux is kind of important. At the top end it’s also kind of expensive but as with any of these fancy European wine regions, there is value to be found if you know where to look. It’s home to some of the most famous names in wine. Names that are invariably pre-fixed with the word 'Château' - think Margaux, Lafite, Latour, Mouton-Rothschild, Haut-Brion, Pétrus and many others. It’s a region that shimmers with a rich vinous history and its wines are still seen as a global benchmark, keenly sought by well-heeled collectors and lovers of fine wine. There's a dark side too. The top estates' high reputations, prestige and scarcity are targeted by counterfeiters and there are many high-profile cases of famous forgeries on the market. Sad, but I guess that comes with the territory.

What we’ll attempt to do here over two instalments is give you, a ‘what you need to know’ overview of the Bordeaux region. Where it is, how it works and what it does well - that sort of thing.

Bordeaux is located in the south-west of France where the Dordogne River joins the Garonne and forms a broad estuary called the Gironde. These two rivers and the Gironde estuary itself play an important role in defining the various sectors of region. The ‘right bank' is situated on the right bank of the Dordogne, Entre-Deux-Mers is situated between the Dordogne and Garonne Rivers in the centre of the appellation and the ‘left bank’ is situated on the left bank of the Garonne and is further split into two regions - Graves, located upstream of the city of Bordeaux and the Médoc, which is located downstream of the city of Bordeaux.

Bordeaux is predominantly a red wine region, with around 10% of the production white wine and of that, 25% are sweet. The classic Bordeaux red blend is cabernet sauvignon, merlot, cabernet franc and petit verdot, though there are tiny amounts of malbec and carménère sometimes in the mix… more as a historical throwback than anything else. 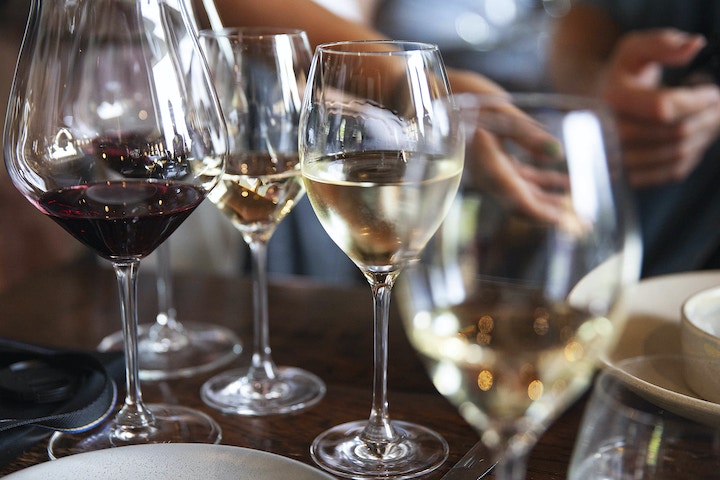 What you need to know

The first ‘need to know’ tidbit is that on the ‘left-bank’, the red blends tend to be dominated by cabernet sauvignon. The gravelly soils here give rise to red wines with defined blackberry and blackcurrant aromas and flavours, and all those classic descriptors that those poncy wine writers dish out such as cigar box, cedar, pencil case, graphite and tobacco leaf. The wines from the left bank in classic years tend to be bold and structured, built for the long haul. On the ‘right-bank’ the red blend tends to be dominated by merlot and the soils here have a higher proportion of clay in the mix. The wines show themselves - very broad brushstrokes here as there are always exceptions… as softer, rounder, perhaps a little plusher.

In Entre-Deux-Mers, the soils tend to be alluvial with sands and clays in the mix. Merlot and cabernet sauvignon rule the roost here and its appellations are a good place to head if you are in search of value. The white wines here are produced from sauvignon blanc, semillon, muscadelle and ugni blanc.

While white wines only account for 10% of Bordeaux’s production, I reckon they deserve a little more attention. Again sauvignon blanc and semillon account for most of the blends, but there's also a smattering of muscadelle, columbard and ugni blanc floating around. Wine styles vary considerably from fresh, fruit and vivid to richer and complex, but for me, the classic white Bordeaux blend from somewhere like Pessac Leognan, usually semillon dominant with sauvignon blanc as backup, with its oak-aged influences and vivid citrus and flinty/struck match notes are a thing of great beauty and whenever one floats past my nose and mouth, I always do a double-take and take a mental note to drink more of this wonderful wine style. 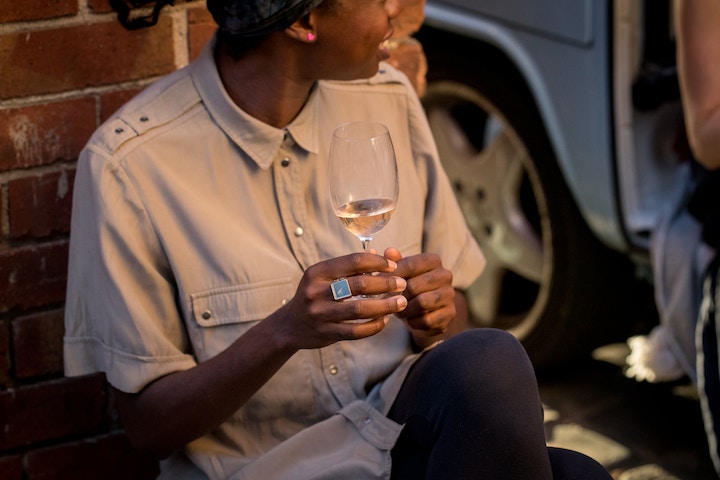 One thing you need to be aware of is the Crus Classés de 1855. This is the famous 5-tier classification of wine quality, codified in 1855 that wine lovers fawn over. You might have heard of Bordeaux wines referred to as ‘first growths’ or ‘second growths’ etc. - the 1855 classification is where that comes from.

The first growths are at the top of the quality pyramid. You’ll probably recognise the names of the five wines listed here.

There is a pretty strong argument that the classification should be revisited and revised as there are many strong contenders that could rise up the rankings and also some underperforming wines that could drop down a notch. But you know… politics, lots of money involved, that sort of thing.

The other classifications you need to know about on the ‘left-bank’ are the Crus Classés de Graves, the Crus Bourgeois and the Crus Artisans. The latter two classifications will be of interest if you seek value wines from the regions -  wines that ensure that you don’t have to take out a second mortgage or sell your first born to partake in a glass (or three) with your friends. 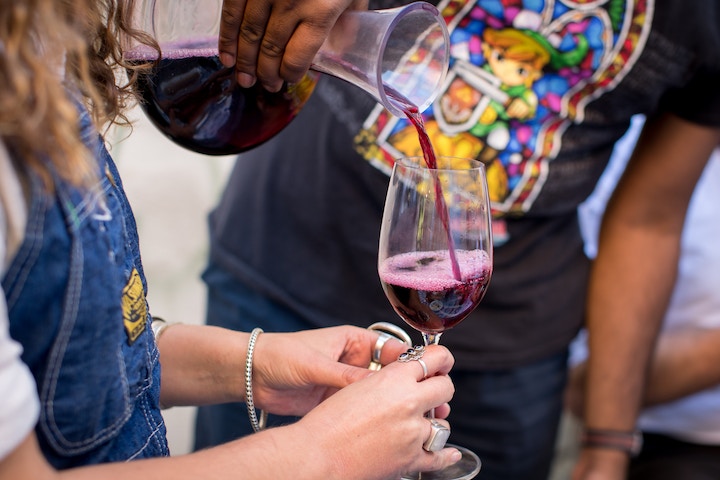 We’ll start to the north of the left bank and work our way south. The peninsula up here, between the Atlantic and the Gironde is called the Médoc, in fact it is often used in a geographical sense to refer to the whole Left Bank region. It is a large region with some 13,000 hectares of vines planted. It is here that you will find some of the most famous appellations in the Bordeaux region. From north to south: St-Estèphe - deeply coloured, tannic and austere with great ageing potential, Pauillac - intense and concentrated with classic cassis, cedar, tobacco aromas, bold wines with great pedigree, St-Julien - finer, more subtle wines that seem to sit somewhere between the austere, powerful wines of the north and the more graceful wines of the south, Margaux - charming wines with graceful, elegant lines and finer detail with floral fragrance and silky textures, Pessac-Léognan (Graves) - produces both red and white wines,  reds that seem finely boned, earthy with a distinct mineral aspect to their shape and flinty and vivid whites with great appeal. 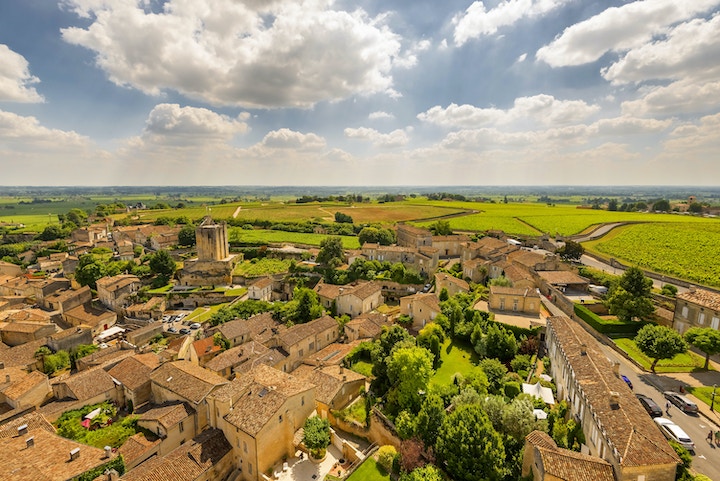 Sauternes and the nearby regions of Barsac, Cadillac, Cérons, Loupiac and Monbazillac are ground-zero for amazing sweet wines in the region. This particular section of the Gironde is perfectly humid and dank enough for the charming sounding ‘noble rot’ or Botrytis cinerea… that magical fungus that concentrates a grape's sugar content to stratospheric levels and results in incredibly intense, concentrated sweet wines that are known all over the world.

The most famous of these sweet wines is the magnificent Château d'Yquem, the only Premier Cru Supérieur in that famous 1855 classification of quality that includes a total of 17 sweet wines. The sweet wines here are primarily focussed on the semillon grape, you will also find sauvignon blanc and muscadelle in the mix. Sauternes is the most famous sweet wine appellation with prices to match and Barsac isn’t far behind but there are certainly great value sticky wines to be found in Cadillac, Cérons, Loupiac and Monbazillac for those of us that aren’t trust-fund babies.

And that's a wrap of our whirlwind, high-altitude tour of the ‘left-bank’. In the next instalment we’ll head over the other side of the Gironde and take in the delights of the ‘right-bank’ with its plush, merlot-based wines and then we’ll dig a little deeper still into Entre-Deux-Mers and some of the satellite appellations that make Bordeaux such an interesting tapestry of producers and terroir. Until then, stay thirsty my friends!